Process to use EVMs on right track: ECP

ISLAMABAD: Days after an official of the Election Commission of Pakistan (ECP) said he was not sure whether the electronic voting machines (EVMs) would be used in the next general elections, the ECP clarified that it was not neglecting its duties on deploying voting machines during the polls.

In a statement issued on Friday, the ECP spokesman said the commission had been working on putting into use technology even before legislation was carried out on EVMs, adding that after the law was passed, it formed three committees, which were performing their tasks and had apprised the ECP of their work. 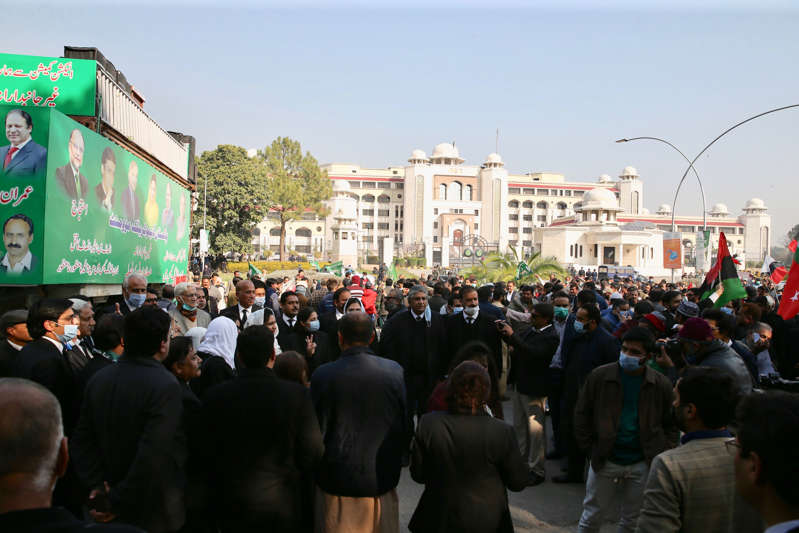 It further said that the commission also had to consider selection of the best evaluated bids, award of contract, manufacturing of EVMs, setting up of testing and certification labs and engaging third party consultants.

The spokesperson said arrangements also had to be made for customised and secure warehouses to store EVMs (200,000 to 350,000 sft), safe and secure transportation of voting machines, hiring of technical human resource for managing EVMs, configuration and deployment of machines, training of staff and poll day support and maintenance.

He said the ECP was ensuring that tendering was not vendor specific and a third party testing was carried out to ascertain if the machines could be used for conducting free and fair elections.

He said certain individuals having no clarity on EVMs were making baseless statements which amounted to misleading people, civil society and media, and warned against meddling in the affairs of the ECP and attempting to pressurise it.

He reiterated that the commission would continue discharging its constitutional and legal responsibilities.

The CEC directed the Election Commission secretary to act against those involved in the attack and award punishment as per law.

At this, the ECP secretary established telephonic contact with the inspector general of police Khyber Pakhtunkhwa and passed on the CEC’s directions, who assured him of taking strict action against the culprits.

According to an official, the district election commissioner had complained that MPA Nisar Ahmed Mohmand of Awami National Party had stormed into his office twice in one day, incited his workers to target the office and hurled threats at the election commission staffers.

The ECP had earlier issued notices to Khyber Pakhtunkhwa Minister for Transport Shah Mohammad Khan as well as his brother and son in connection with violence at a polling station in Bannu.