ISLAMABAD / QUETTA: Prime Minister Imran Khan on Sunday said that demands of the coastal community of Gwadar were ‘very legitimate’ and announced that he would take up the matter with Balochistan Chief Minister Mir Abdul Qudoos Bizenjo.

The intervention by Prime Min­ister Khan came nearly a month after the Gwadar fishermen took to the streets to press the government for their dem­ands including halt to illegal fishing. 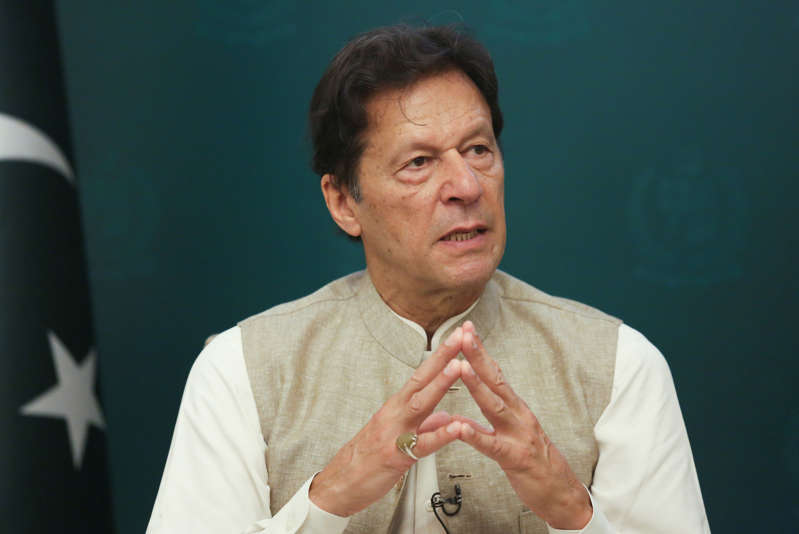 While both CM Bizenjo and leader of the Gwadar protest movement Maulana Hidayatur Rehman hailed the PM’s tweet, the latter pointed out that the real issue was fulfillment of promises.

A senator belonging to the ruling Pakistan Tehreek-i-Insaf (PTI), meanwhile, told the state-run TV channel that some demands of the local fishermen were unacceptable. “If some of these demands are met, the government will have to provide such facilities to all people of the country,” Senator Abdul Qadir, who hails from Balochistan, said.

Fishermen in large numbers along with women and children have been protesting on the shores of Gwadar for past 28 days to press the relevant authorities for elimination of illegal fishing by trawlers, removal of Gwadar Development Authority director general as well as Pasni’s deputy commissioners and assistant commissioner, cross-border trade with Iran, provision of clean drinking water, closure of wine shops, jobs, job quota for disabled and free 300 units of electricity.

Led by Maulana Hidayatur Rehman, Balochistan gen­­eral secretary of the Ja­­m­a­at-i-Islami, the protesters have vowed to continue their protest till the achievement of their ‘rights’. They blocked roads and other places by holding rallies and staging a sit-in.

Adviser to the CM on Home and Tribal Affairs Mir Ziaullah Langau told a PTV show that the Balochistan government had already fulfilled most of their 19 demands and vowed to take stern action against what he called “illegal trawlers mafia”.

Regarding one of the three remaining complaints, the CM’s aide said Maulana Rehman had recently admitted during a meeting that illegal fishing by trawlers had ‘declined’ though at the same time he feared a resurge in the activity if the protesters ended their sit-in.

About their boats and vehicles that had been confiscated under the Customs Act, the adviser said he had informed the protesters that it was an act of the federal government and was “out of the domain of Balochistan government”.

Speaking to Dawn, PTI Senator Abdul Qadir said some of their demands were ‘unacceptable’. “If some of these demands are met, the government will have to provide such facilities to all people of the country. For example, fishermen are demanding free 300 units of electricity, cross-border trade with Iran and use of non-custom duty paid cars,” he said before adding that people of Gwadar already enjoyed those facilities which were unavailable to those residing in other parts of Balochistan.

The senator said some ‘anti-state’ elements were provoking the fisherman against the government in order to create unrest in the port city.

The Gwadar rights movement leader also lauded the tweet of PM Khan saying: “We are not stubborn and believe in solution of the issues” though the prime minister took notice of the demands after their protest entered 28th day. He said the protest would continue as the people awaited practical steps to meet all the demands, which were very much legitimate.

He said the PM did not talk about some other important issues including opening of border, power and water issues and return of the confiscated boats and vehicles.

Despite official notifications issued by the provincial government, no step had been taken to fulfill those promises, he said. “We want implementation as our people are deprived of their livelihoods due to the restrictions,” he said.

Maulana Rehman had earlier said the protest would continue until the acceptance of two major demands — action against ‘trawler mafia’ and cross-border trade with Iran — out of the 19 demands.

While hailing the assurance given by the prime minister, CM Bizenjo said the assurance was encouraging. He claimed that the steps demanded by the Gwadar rights movement, which came under the purview of the provincial government, were already being implemented as per its policy.

“Relevant provincial departments are ensuring prevention of illegal fishing and trawling,” he said, adding that unnecessary checkpoints and token system for border trade had already been abolished. He said licences of wine shops had been canceled in Gwadar and funds had been released for urgent solution to the drinking water problems as well as for the Gwadar old city development plan.

“Some other demands, including electricity, are related to the federal government,” the CM said, expressing the hope that the demands related to the federation would also be resolved with better coordination between relevant departments and agencies to curb illegal trawling.

However, to end the standoff, National Party Secretary General Mir Jan Mohammad Buledi urged the government to immediately hold meaningful negotiations with representatives of the protesters.

Rallies were also staged in other parts of the province to mark ‘Balochistan Solidarity Day’ on the call of Jamaat-i-Islami chief Sirajul Haq.