The Punch 1 day agoLike|6Eilish talks growing up and acting dreams in SNL debutSailing away: superyacht industry booms during Covid pandemic

Renowned virologists on Friday told Saturday PUNCH that the change in weather was largely responsible for the surge in COVID-19 cases reported in the country. 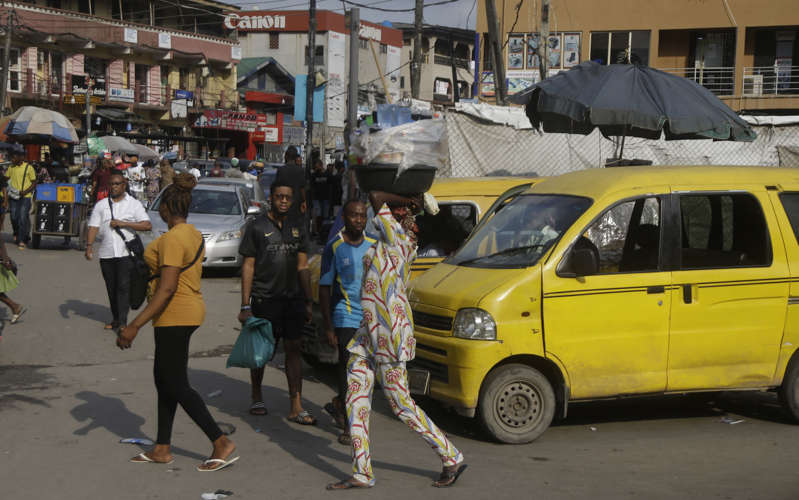 The virologists, who spoke in separate interviews with our correspondents, also urged Nigerians to engage the monitoring of trends as the country might gradually slip into the fourth wave in days to come.

Speaking with our correspondents in Abuja, a professor of Medical Virology at the University of Maiduguri, Marycelin Baba, said that the season aided virus and it was possible the country was gradually slipping into another wave.

She said, “Please bear in mind that this season promotes COVID-19 especially winter in the western world. This is why there is a surge in cases. We should get vaccinated and adhere to public health protocols in the days to come. This holiday period, we should endeavour to remain cautious”.

Agreeing with Baba, associate professor of Virology at the the Osun State University, Dr Waheed Sule, said, “With the temperature this time, there would be an upsurge and coupled with our attitude to non-pharmaceutical measures, cases could increase.

“We cannot call it any wave now. Let us observe and see the cases that will be recorded in the next two or three days. If it is going up, then we can say we are slipping into another wave.”

Meanwhile, analysis of the private laboratory test results of inbound passengers to Nigeria has revealed that 308 out of 1,289 samples which tested positive were from the United Kingdom.

Though the Nigeria Centre for Disease Control did not give a time frame, it noted that the result excluded cases that were tested in Lagos laboratories where a larger part of laboratories for passengers are situated.

Out of the 1,289 positive cases discovered from the inbound passengers, the UK accounted for 308 cases, the United States of America accounted for 197 cases, UAE followed closely with 197 cases.

Other countries include Canada with 44 cases, South Africa with 21 cases, Germany with 32 cases, China with 33 cases and Ghana with 39 cases.

The Director of the Africa Centre for Disease Control, Dr John Nkengasong, disclosed this in a virtual press briefing on Friday.

According to Nkengasong, the continent experienced an 88 per cent increase in the number of infections compared to the previous week.

Saturday PUNCH reports that South Africa had two weeks ago announced the discovery of a new variant of the coronavirus.

The variation, omicron, had been labelled a variant of concern by the World Health Organisation.

Though the global body had said it was too early to link surges in infections to the new variant, it said it was launching more investigations into it.

Nkengasong, however, said, 98,358 new COVID-19 cases were reported. This is an 88 per cent increase in the number of new cases reported compared to Epi week 47.

The southern region accounted for 79 per cent of the new COVID-19 cases reported for this week, followed by the Northern (14 per cent), Eastern (three per cent), Western (two per cent) and Central (two per cent) regions.

This week, three countries accounted for 83 per cent of the new COVID-19 cases reported: South Africa (71 per cent), Egypt (seven per cent) and Zimbabwe (five per cent).

“In southern Africa, Malawi has a 100 per cent increase in new deaths; South Africa, a 24 per cent decrease.”

Meanwhile, analysis of sequence reports exclusively obtained by our correspondents from the Africa CDC has revealed that only 3,600 positive test samples of 215,918 positive tests conducted in Nigeria have been sequenced so far.

Genomics sequencing is a laboratory method that is used to determine the entire genetic makeup of a specific organism or cell type and changes in areas of the genome. Through genomics sequencing, scientists have been able to discover new variants of diseases such as the coronavirus disease.

The NCDC had emphasised the importance of genomics sequencing to be able to track and trace the mutations and flow of variants of concerns.

Director-General of the NCDC, Dr Ifedayo Adetifa, had said the country would prioritise the genomics sequencing of positive cases following the announcement of the discovery of omicron in the country.

Analysis of the report obtained by our correspondent revealed that only 3,600 positive samples have been sequenced so far.

Saturday PUNCH reports that the WHO continues to advocate for speedy testing, vaccination and genomics sequencing to curb the spread of omicron.

The National Primary Healthcare Development Agency also stated that only 3.5 per cent of Nigerians had been fully vaccinated.

CACOVID urges Nigerians to get vaccinated over omicron

In a related development, the Coalition Against COVID-19 has appealed to Nigerians to embrace vaccination in the face of the rampant spread of the new variant.

According to the coalition, the nation cannot afford to let down its guard following the spread of the variant to over 20 countries.

“The variant which was first identified by scientists in South Africa on November 24, 2021, has been labelled a “variant of concern” by the World Health Organization.

“While further epidemiological studies are currently underway to better understand the virus, current findings have revealed that omicron has several mutations that may greatly impact its spread and the severity of illness it causes.

“The strain has been detected in at least 20 countries, including Belgium, Hong Kong, Israel, Germany, Australia, the United Kingdom and very recently, Nigeria as reported by the National Center for Disease Control. AdChoices

MORE FROM THE PUNCH